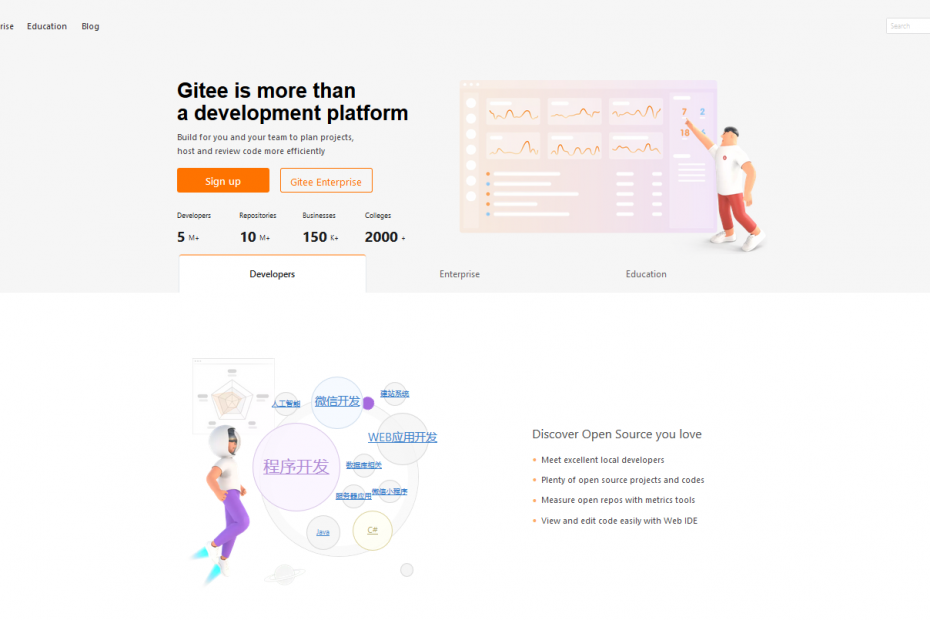 This is the third installment of our blog series covering open source in China. If you missed the first one or the second one, you can read these two blogs first to provide the context. In this post, we look at Gitee, which went from an obscure Git hosting service, to China’s official open source repository.

Gitee was launched 7 years ago by the early open source evangelist, nick named 红薯, who is also the founder of the OSChina (Open Source China) website. Gitee is based on the open source Git version control system and has been enhanced to fix the inherent Git security issues. OSChina is a social website for open source projects, including news, blogs, Gitee log in, etc. Before 2020, it was serving the Chinese open source developers/users as a faster Github mirrored site. As I mentioned in the last blog, Tencent’s open source project TNN was created and maintained on the Github site while mirrored on Gitee for faster download for Chinese users. It also offers a paid enterprise license for software lifecycle management services. The private repository has been free since its inception, while Github announced it would no longer be charging for private repositories only in 2019.

Gitee became the official open source repository this July. In April 22, 2020, the Ministry of Industry and Information Technology announced public open bids for open source hosting services. In July 2020, Gitee was awarded the contract. Now, Gitee serves a strategic purpose for the Chinese government. If Github were to become inaccessible to China, Chinese users would still have a backup. Furthermore, there are more and more open source projects created by Chinese companies and developers. These new projects are created on Gitee and mirrored on Github. The sister website OSChina provides a platform for the developers to promote their projects in their native language.